In the summer of 2009, filmmaker Roy Tighe and comedian Richard Lett 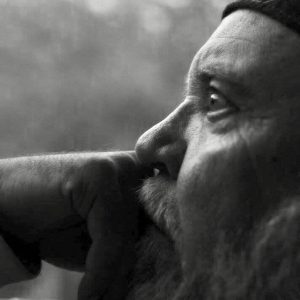 were ejected from a Vancouver nightclub. Richard started a verbal altercation with the club owner and was promptly told to take his cameraman and leave. Never one to pass up an opportunity, Roy began filming Lett in his day-to-day life and quickly learned that all was not right in the brash comedian’s world. So set in motion the saga of Richard Lett and Never Be Done.

Not merely a tale of one man’s downfall, Never Be Done is the story of Richard Lett’s struggle to forge a new life in the same environment that brought him down so completely. Filmed with candid intimacy and filled with archival footage and poignant testimonials, Never Be Done is a raw and unflinching documentary about the life and times of Richard Lett, who lost it all and lived to tell the tale.

Origin of Never Be Done

In 2003, Roy dabbled in the Vancouver stand up comedy circuit, performing 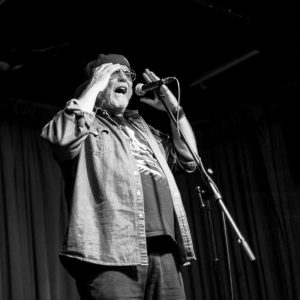 and working with other comics. During his small stint at stand up comedy, Roy was aware of Richard Lett due to his infamous reputation on and off stage. Tighe was always intrigued to work with Richard, if the opportunity arose. In 2009, Roy was introduced to Richard through a mutual friend and fellow comedian. Roy had been living in Vancouver for 9 years at the time, and had his own reputation for producing comedy content for the web. Richard and Roy originally met to talk about shooting a live one-man-show Richard was working on. The next night Roy and Richard met at a local comedy club to shoot some stand up footage. That did not happen. They, instead, were ejected from the comedy club. Richard had started a verbal altercation with the club owner and was promptly told to take his cameraman and leave. Standing now in the rain out front of the comedy club, Roy still wanted to capture something. So right there on the street for pedestrians to watch, Richard performed one of his poetry slams. That night Tighe saw something special in Richard, and that moment became the opening sequence to this story. Never one to pass up an opportunity, Roy began filming Richard in his day-to-day life, and quickly learned that all was not right in this brash comedian’s world. As Roy followed Richard, recording the collapse of his career and his struggle with addiction, Richard became homeless. Roy felt a divine obligation to stick it out with Richard. Even though this was a dark, brutal time in Richard’s life, Roy also was blessed to witness Richard find the miracle of recovery. This 7 year journey that Roy went on with Richard makes for a beautiful story to what’s called “Never Be Done: The Richard Glenn Lett Story.” 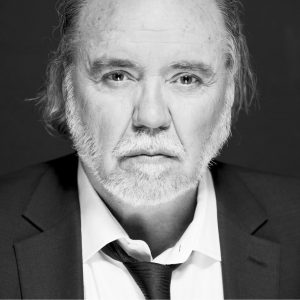 Richard Glen Lett was born in 1954 in Calgary, Alberta. After pursuing a career as a teacher at the University of Alberta, Lett decided to move to Vancouver, British Columbia to try his hand in the entertainment industry. Finding a home in the stand-up comedy scene, Richard began making a name for himself with his brash, unapologetic style of jokes and crowd interaction. After years of honing his skills on the stage, Lett found himself headlining tours for Yuk Yuk’s, Canada’s leading chain of comedy clubs. In the mid 90’s Richard was a subject in the CBC’s Road Warriors, a documentary television series about the lives of touring stand-up comedians.

Never quite a household name, Richard Lett has become a sort of journeyman of the Canadian comedy scene over the past thirty years, respected by his fellow comedians and sought out by die-hard comedy fans. In the time since he began his career in stand-up, Richard has tried his hand at poetry, writing, and acting, landing small roles on the TV shows Supernatural, Dark Angel, and The Firm, and as a playwright he has received two Jessie Richardson Award nominations for “Most Outstanding Original Play”. Most recently, Richard received a rare standing ovation at the London Poetry Slam for his one-man show “Sober But Never Clean”. His performance was described as such: “Richard grabbed our audience’s attention and didn’t let go. His ability to make the crowd laugh and reflect simultaneously by sharing intimate personal stories mixed with hilarious jokes is unparalleled. He has a unique talent in rolling poetry, comedy, and storytelling together.”

Today, Richard continues to tour across the country with his “Sober But Never Clean” show, which details his experiences in the stand-up comedy profession, his struggles with drugs and alcohol, and his complicated relationship with sobriety. 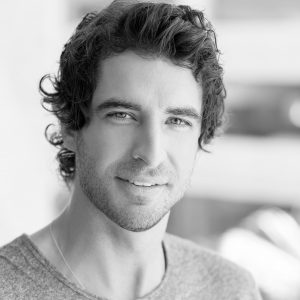 raised in northern Ontario, Canada, Roy Tighe moved to Los Angeles in 2011 to pursue a career in acting. Finding success in commercials, Roy used his technical skills and on-set knowledge to begin developing commercials of his own. Under the Tigheland Productions banner, which he founded in 2008, Roy has become the in-house commercial director for Alcatel and all of their online content.

He has also directed commercials for Coors Light as well as numerous short films, a web series, and other YouTube projects totaling well over 500 videos. Roy’s first film, Where’s Barry?, was released on VOD in December 2016. In addition to directing, Roy works closely with Bud Smith, the Oscar nominated editor of The Exorcist and Flashdance. Under Bud’s mentorship, Roy has developed his craft and began creating web sketches for the Broadway Entertainment division known as Mos Mejor. Previously, Roy had spent time performing as a stand-up comedian, which lead to his introduction to Richard Lett, the subject of his first feature: Never Be Done.